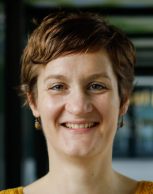 Abstract: Automatic speech recognition (ASR) technologies require a large amount of annotated data for a system to work reasonably well. For many languages in the world, though, not enough speech data is available, or these lack the annotations needed to train an ASR system. In fact, it is estimated that for only about 1% of the world languages the minimum amount of data that is needed to train an ASR is available. The “Speaking Rosetta” JSALT 2017 project laid the foundation for a new research area “Unsupervised multi-modal language acquisition”. It showed that it is possible to build useful speech and language technology (SLT) systems without any textual resources in the language for which the SLT is built, in a way that is similar to that of how infants learn a language. I will present a summary of the accomplishments of the multi-disciplinary “Speaking Rosetta” workshop exploring the computational and scientific issues surrounding the discovery of linguistic units in a language without orthography. I will focus on our efforts on 1) unsupervised discovery of acoustic units from raw speech, and 2) building language and speech technology in which the orthographic transcriptions were replaced by images and/or translated text in a well-resourced language. 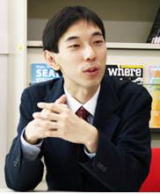 Title: Aspects of L2 Learners’ English Speeches: A Study Based on the ICNALE

Abstract:  The ICNALE (International Corpus Network of Asian Learners of English) is one of the largest learner corpora ever built and it includes more than 10,000 essays and speeches produced by varied L2 learners in Asia. In this talk, I will outline the ICNALE project with a focus on two speech modules: The ICNALE Spoken Dialogue and The ICNALE Spoken Monologue.